Year Round Cleaning And Care For Window Tint 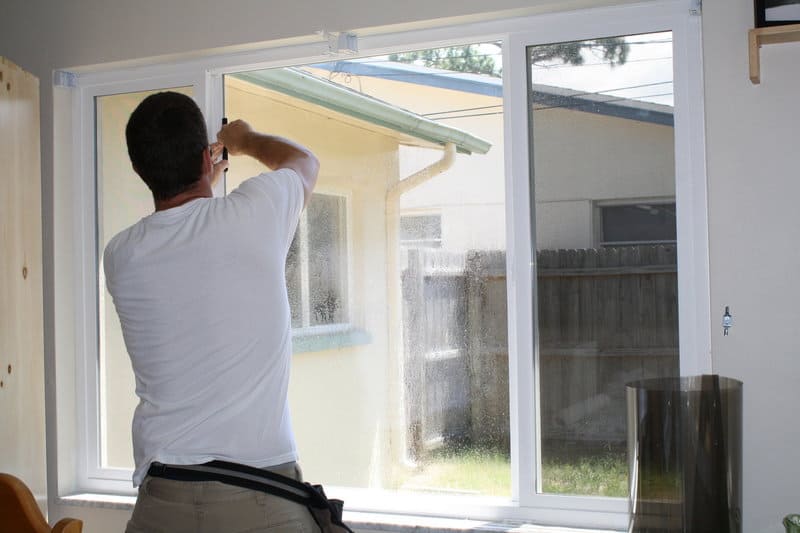 When you do have to clean them, the job doesn’t take a lot of work. But it’s not the same as cleaning normal windows. Abrasive cleaners that are ammonia-based can damage and scratch your tinting.

Keep reading to learn these cleaning tips for window tint on your windows.

After installing your window film, it might look hazy or blotchy. This is normal. Moisture can get trapped between the window tinting and the window, which makes the film look streaky. But this will go away after a few days. Once the water evaporates, the window film will look as clear as your window.

This is part of the curing process. You shouldn’t wash your window until the film has had enough time to cure. In fact, you should avoid interacting with your windows at all during this period.

Doing so could cause irreversible damage to your new film.

How to Clean Window Tint

Window tinting is less porous than glass, meaning it doesn’t get as dirty as fast. Because of this, window tint doesn’t need as much maintenance as normal windows, and cleaning film is an easy process.

But you can’t wash window tint the same way you can wash other glass. Any abrasive cleaners, blades, or rough sponges can scratch the film. Sticking to warm water and a mild detergent will keep your window tinting in good condition and make it last a long time.

There are several different kinds of window film out there, so we’ve put together a quick cleaning guide for some of the most common.

Wait to clean your tinted windows for a week after installation. You can wash it with a mixture of dish soap and water or use an ammonia-free detergent. Apply the cleaner of your choice with a soft, lint-free cloth.

Stay away from paper towels or other materials that might leave fuzzies or streaks behind. You can use a rubber squeegee if you have one, but be gentle and careful not to damage the film.

Don’t scrape the film with any kind of blade or scrub the window with abrasive substances. This can leave noticeable scratches in your tinting.

Decorative films are more durable than other types of tinting, so they don’t need a lot of consistent cleaning. These patterns or textures are a vinyl material, similar to shower curtains, so dirt and smudges aren’t noticeable.

The same rule applies when washing this type of window film. Stick with lint-free cloths, mild soap, and water. Other cleaning detergents like bleach or Windex could cause the tint to peel off the window.

Though decorative tints are durable and don’t scratch easily, using rough sponges or harsh cleaning agents isn’t worth the risk.

Solar tinting blocks UV rays and heat from making their way inside your home or office, but they aren’t as durable as decorative films. Solar tinting is made from polyester material, and they don’t change the look of your windows that much.

These films are also thinner and more transparent than other tints, so you can see the dirt and dust that gather on the surface. In other words, you might have to clean this type of tinting more than other kinds.

Ammonia-based cleaners can discolor or ruin the film’s adhesion. Many solar window tints have a scratch-resistant coating to protect them from damage. Because of this, some people say you can use normal window cleaners on solar films. But water and soap do the job just as well without the risk of damage.

Security films are so clear they look almost the same as normal glass. They let in 90% of sunlight into your home while providing you with extra protection. Because they are clear, it’s often difficult to recognize windows that have security tinting installed on them.

Of course, you should still stay away from ammonia-based cleaning products. Security films don’t scratch or rip that often, but it’s a good idea to use lint-free cloths and mild detergents anyway.

Remember, wait at least a week after installation to start cleaning your windows. This gives it plenty of time to cure and ensures the tinting is dry before you interact with it.

Never leave your window tinting wet after washing it. Use a lint-free, dry cloth to remove all the excess water from the windows.

What If I Damage My Window Tint?

Do your best to keep your window tinting from getting scratched. Even many small damages are impossible to repair. If your window film gets any scratches or chips, you’ll have to remove that section and replace it with a new one.

Now You Know How to Clean Your Window Tint

Window tint is more fragile than normal window glass, but you don’t have to clean it as often. Instead of using normal window cleaners that contain abrasive substances, all you need is warm water and mild detergent. Be careful not to scratch your window film while you’re cleaning it. Replacing damaged tint can be a hassle.