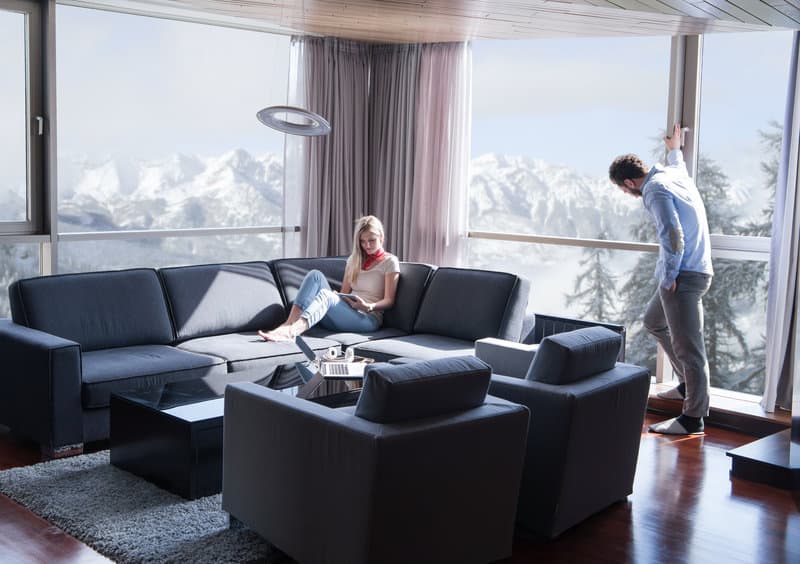 Tinted window films are one of the best ways to minimize solar heat gain, conserve energy, and enjoy greater privacy. There are plenty of window tints that don’t change your home’s appearance, keeping windows looking as clear and transparent as they do now, with the added bonus of window film benefits.

Many homeowners believe installing window tints means adding dark or mirror-like films to their windows, potentially changing the exterior appearance. Thanks to innovative science and engineering on the part of window film manufacturers, there are plenty of ways to reap the benefits of tinted windows without changing your home’s appearance at all.

Here are some of the most popular examples we install for Bay Area homeowners on a daily basis.

Transparent heat blocking window films are designed to block out solar heat gain, mitigating cooling costs during the summer months. While completely transparent, these window film options block as much as 99% of the sun’s UV rays. In addition to blocking heat absorption, these films also protect your furnishings and art from sun fading (see more on those benefits below).

The micro-ceramic particles used to coat the film are invisible to the naked eye but highly effective at reducing UV penetration. As a result, your windows gain all of the benefits of a dark or reflective film without changing their exterior or interior appearance. Read our post, Regular vs. Ceramic Window Tint to learn more about ceramic options.

If your home is on a busy street, in an area prone to break-ins, or ample glass exposure means the potential for lots of broken glass in the event of an earthquake, we recommend asking your window film installer about window film that is specifically engineered for safety and security.

Safety and security window film products are offered in any degree of tinting – or lack thereof – you desire. This means you can have transparent or very minimal tinting while knowing your windows are shatterproof in the event of an emergency.

Does your large screen TV sit opposite a bank of windows? If your view of TV or computer screens is marred or obscured during daylight hours as the result of sun glare through your windows, neutral window films designed to block glare and sun fading are the answer. While they aren’t tinted, you’ll also benefit from minimized heat gain.

All of the most well-known, premier window film manufacturers make window tint products that preserve the clear transparency and design of your windows while still blocking harmful UV rays or adding privacy, security, or even soundproofing benefits. In fact, soundproofing window films are one of the most popular options we offer due to the Bay Areas dense urban and cityscapes – and the myriad of loud sounds that accompany those environments.

Schedule a consultation with a local window film installer if you are interested in installing window film or tints that don’t change your home’s appearance. We’ll work with you to determine all of the features you’re looking for, and we may help you to troubleshoot issues you didn’t even know you had. Together, we’ll find the best window tinting options without diminishing your home’s design or your beautiful picture windows.

Contact us here at DayStar to schedule your free consultation.