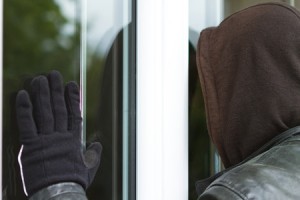 As a business owner, you understand how important it is for your customers and employees to feel safe. Security window film provides an added layer of protection for your place of business, establishing a tough invisible barrier that defends your glass against break-ins, burglaries and even graffiti.

More than 5,000 burglaries were reported in San Francisco alone last year, and while this number actually represents a drop since the previous year, the possibility of a break-in is something every business needs to be prepared for. Safety and security window film helps protect your business from criminals by defending some of its most vulnerable areas; storefront windows and doors.

This specialized security film holds glass together upon impact, making it very difficult to break. Would-be burglars might be surprised to discover that even as the glass itself cracks, the window film holds it firmly together in the frame. In addition to making it much more difficult for crooks to break into your business, safety and security window film also helps you out in a few other ways.

You don’t have to sacrifice appearance for security. You can have decorative safety and security window film custom-made to include your business name, logo or any other information you desire. Tinted security film is also available to eliminate glare, block UV rays and reduce energy costs in your establishment.

Graffiti is a real problem for many businesses in the Bay Area, and it can be one of the most frustrating forms of vandalism, creating an endless cycle of painting, washing, re-painting and—worst of all—replacing entire windows when the graffiti won’t wash off. Anti graffiti window film solves that problem.

Inexpensive and easy to apply, anti graffiti window film instantly creates a protective barrier for your windows. Most types of paint will wash right off the film’s smooth surface, and its 4 mil to 6 mil thickness keeps scratches and etchings from reaching the glass underneath. Best of all, if vandals use a type of marker or paint that doesn’t was off, all you have to do is peel of the window film and replace it. Your original window glass will be safe and secure underneath.

Safety and security window film is used to keep buildings safe all over the world, from local businesses in Northern California to the Royal Albert Hall in London. Contact us today to learn more about how we can help your business stay safe.