Why is Old Window Glass Wavy? 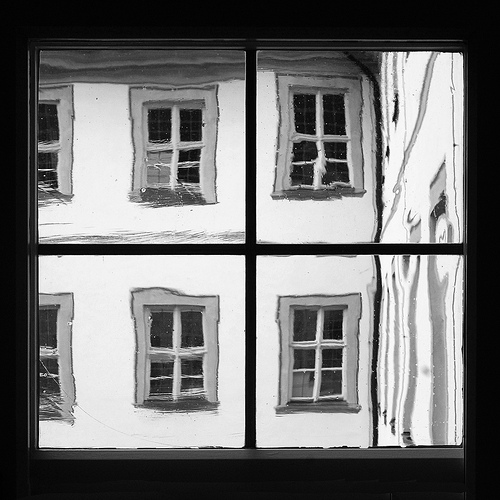 In this modern day, many people may not have noticed that window glass is that different from the past. For some who still love the antiquity, people usually ask why old window glass is wavy.

If you happen to have one old window, try putting it beside a modern glass window. You will see that the old one distorts the image behind the glass with waves and ripples while the modern window glass is simply clear. Today, we will take a deeper look into why older windows were wavy. Let’s get started!

The Reason Why Old Window Glass is Wavy

Both types of glass used to be made by heating the glass and blowing it thereby forming the ripple effect that contributed to the wavy characteristic of every window pane that was produced during that time period.

You may wonder how crown glass looks. It does not actually look like a crown. It is just a type of glass that is circular in shape. Imagine some eyeglasses in the fact they are circular, well that’s how crown glass is

Crown glass was made in front of a furnace to keep it hot and fluid so it could form a circular shape by blowing and spinning it. However, the popularity of crown glass did not last long as it could not be used in larger windows due to its awkward nature, and thus that is why cylinder glass making started.

It is easy to imagine how cylinder glass looks like. It actually looks the same as our drinking glass. The only difference is the ripples and waves that you can see on the old cylinder glass.

Cylinder glass became popular because it could be manufactured not only in cylindrical shape, but also in glass sheets. Because of this, larger windows that would require a much larger window pane could then be made using this type of glass sheet instead of a multiple numbers of crown glass pieces.

If you have an old glass window that is wavy, leave it as it is. It does not mean that the window is damaged by time. Many people enjoy the unique designs and patterns that are remnants of the past as it signifies the house has history to it. Therefore, the waves and ripples are the characteristics at the time the glass was made and not actually the regular flaws as we might think of.

Old glass windows are normally wavy. They may have differences in ripples, but they were just the results of the ancient process of glass making that contributed to such characteristics. In fact, such characteristics are the beauty of the old windows. If you have an old window glass that is wavy, you have a treasure that never ends.