The Elements Effects on Window Film and Tinting 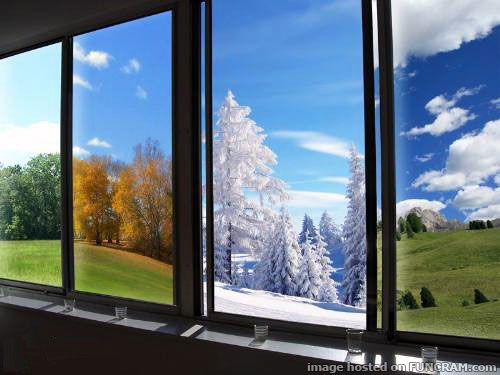 In general, window film is polyester based and is applied to glass surfaces to reduce the heat intake of homes and buildings. Commercial and residential window film is used to add another dimension of appeal to buildings. In addition, these films provide protection from shattering glass and offer building owners and occupants several other benefits. However, as time passes, the effectiveness of your window film does change. The following information explains a few of those changes and what you can expect with your residential or commercial film.

Will My Residential or Commercial Tint Fade?

Everyone has seen them: the unsightly purple-colored tint that has been on an automobile one season too long. Automotive films are either dyed metal alloy or a mixture of the two. If your tint has turned purple on your vehicle, it has simply experienced the natural process of the fading of the dyes. When it comes to your home or business, automotive films are not used. In contrast, films for commercial and residential uses are made of ceramics and metal. As a result, ceramics and metal alloys have a much more stable color, which doesn’t fade and turns other colors after time.

How Long Will Film Last?

The life of your window tint can vary greatly depending on the following factors:

What Determines How Fast Fabrics Fade?

One of the core benefits of residential and commercial window tint is its ability to prevent the sun from fading your fabrics. In general, there are six different factors affecting fabric fading:

Simply put, no residential or commercial window film can completely eliminate the fading of your fabric. However, behind the UV protection of residential window film, your windows can reject up to 80% of the sun’s rays.

How Does it Work?

Commercial and residential window films work by deflecting the solar energy from the sun away from your business or home. You can choose more reflective or shinier films, which are more effective at reflecting visible light. Other types of films are effective at reflecting infrared light or non-visible light. Infrared light is responsible for most of the heat gain in your home or building. While infrared films are not as effective at blocking visible light, these types of films allow you to have the most visibility through your window.

In most commercial settings, building owners install window film to reduce the glare and the heating effect of the sun. In extreme cases, the glare from the sun is so great, employees are unable to see their computer monitors. As a result, the majority of commercial films are dark and highly reflective. On the other hand, residential films are much less reflective and typically lighter. When it comes to residential film, the goal is to change the appearance of the home as little as possible. In contrast, the residential film is designed to improve the overall appearance of your home through highly effective but light films.