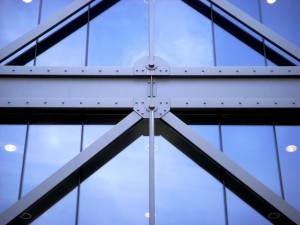 Based in San Diego, California, Solar Gard has been creating window film for homes, buildings, and cars for more than 30 years. The company was recently acquired by Saint-Gobain Performance Plastics – part of building materials manufacturer Saint-Gobain – in October 2011.

Solar Gard currently makes its products in three facilities in California, Belgium, and China, with another facility expected to open in China in 2012. Solar Gard prides itself on its manufacturing process, which includes efforts to produce uniform products and patented technologies to meet a variety of customer needs.

Solar Gard is also known for its environmental prowess, including receiving  ISO 14001 certification for its Environmental Management System and being awarded the Climate Action Leader position. To earn these awards, the company has instilled a number of changes over the years including working on the energy efficiency of their manufacturing plants, and they have recently begun using recycled product packaging.

For a company so ingrained in being environmentally friendly in the production of its products, it’s no surprise that its home window film products would be just as eco-friendly. In fact, Solar Gard has gone so far as to assess the impact on the total environment of its building window film. The company announced in November 2010 that the solar window films they manufacture help steady the temperature of the inside of a building, lowering the energy the building needs to utilize to cool itself down by 30 percent.

When it comes to home window film for helping to block the sun’s damaging rays, Solar Gard offers a variety of options that all help to stop 98 percent of UV light from getting in, and in many cases can block out up to 82 percent of heat from the sun. For example, Solar Gard’s stainless steel product utilizes a grey tint and low reflection for a natural effect. The company’s Graffitigard line helps protect windows from vandals, while still blocking 98 percent of UV rays. And the Quantum line is metalized to offer peak heat control and is even available in a great enough thickness to be used as a safety film as well.

Speaking of safety films, Solar Gard also has a full line of those as well for those that need added safeguards to their windows. The company’s Armorcoat Clear product is totally natural and indiscernible on windows, however, it offers full protection for windows and is available in a variety of thicknesses up to 14 millimeters. And the solar version of Solar Gard’s safety films offers everything the clear version does with the added benefit of solar protection through tints of grey, bronze, or silver.

For more information on Solar Gard and its products, visit www.solargard.com.