Different Types of Window Tinting and Their Benefits 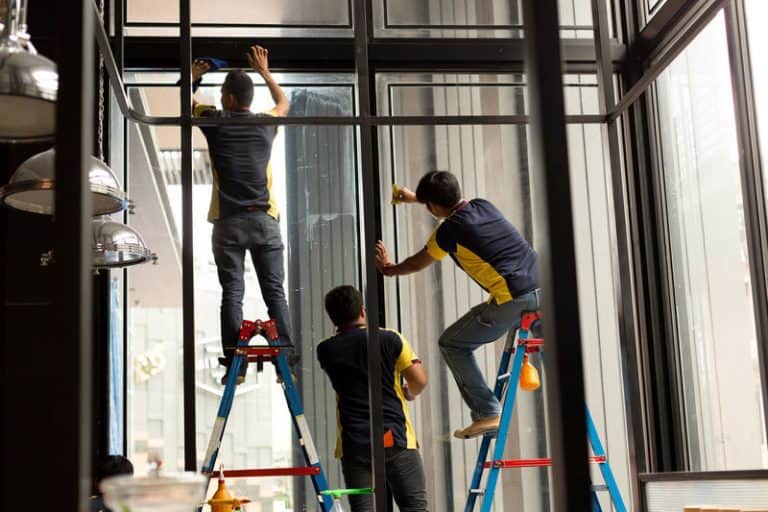 Keep reading to learn how window tinting and film can upgrade your life at work and home!

Why Use Window Tinting?

Window tinting is popular for cars. It can help protect your valuables by making them harder to see and gives you more privacy while you drive.

The reasons to tint home and office windows are much the same. Today, many homes and offices have large windows – it’s a popular design trend.

However, this can have negative effects: you might find that there is more light and heat coming in than you really want. UV rays coming through your windows can even cause sunburn and eventually lead to cancer.

Of course, working and living with big windows can also result in less privacy, and make your valuables more visible to thieves.

Window tinting can save on your energy bills, by letting less heat into your house, reducing the need for air conditioning. It can also reduce glare on the windows at all hours of the day.

If you’ve noticed the sun fading your carpets and furniture, window tinting helps with that too. You may not want to have the shades drawn or the blinds down all the time to combat all the above issues. Window tinting is a great compromise.

There are a number of different types of window tinting, although they all use polyester film.

The film is about 2 to 7 millimeters deep, and some types have multiple layers on top of each other.

Inside, the film has a coating that’s pressure-sensitive or water-activated. On the outside, a scratch-resistant coating is added to help it last. Chemicals are used to block UV rays in most types of window tinting. These are the basics for any high-quality window tinting.

However, once these standards have been met, there is quite a bit of variety between the types of window tinting. Let’s take a look at the methods used to turn a basic window film into the finished product.

In dyed film, a heat-absorbing dye is added to the window tinting film. The film absorbs heat while keeping the heat out of the room itself.

Any heat that isn’t contained in the film will get transferred to the window glass and dissipate to the outside. If there isn’t much airflow outside, a bit of heat will still come through the window, but it won’t be nearly as much as what you’d normally get on a hot, still day.

This is the least expensive type of window film and doesn’t have as many functions as the other types. It’s used not just to absorb heat (other types of heat can use the same thing), but for aesthetic effect.

From outside, dyed film looks matte and opaque, which helps add privacy. Inside, though, you can still see through to the outside.

Dyed film fades with time, so it may eventually need to be replaced. It also doesn’t offer the highest level of heat reduction.

This type of film also reduces heat inside by reflecting it off the windows. With metalized film, tiny metallic particles are used to accomplish this, instead of dye.

The metal in the film also makes the window stronger. If you want windows that are less likely to shatter, metalized film is a great choice.

Outside, metalized film appears metallic and shiny. It doesn’t scratch as easily as dyed film, so you won’t need to replace it as often.

If you’re too close to the window, the metallic content can affect your ability to use your cell phone and GPS. However, most of the time, you won’t be near enough to the windows to have this problem – this is a more important consideration for putting metalized windows in cars.

This film doesn’t contain metal, so you won’t have to worry about cellphone, radio, and GPS issues. It’s dark and has a matte look from the outside, so it’s often more popular than metalized film for aesthetics.

The carbon fiber helps block a lot of the infrared light that makes rooms get warm. It blocks heat at least as well as metalized film, keeping the inside cool and your furniture fade-free.

This is a great choice if you want to save money on your energy bills while still keeping the inside of your home or office cool. It doesn’t fade over time, so it lasts longer than dyed film.

This is a top-tier window film: the best-quality of all these types of window tinting. Instead of using carbon, metal, or dye, it uses ceramic particles. These particles aren’t metallic or conductive.

This is a newer choice, but it’s already become very popular. It can reduce heat by as much as 50 percent – more than any other film on this list. It also gives you the most visibility to the outside.

Ceramic film won’t affect your cell phone usage, and it’s the most resistant to fading and glare. If UV rays are your concern, this is also the most effective way to block them from entering a room. Ceramic film can block as much as 99 percent of UV rays from getting inside.

If you live in a residential neighborhood, be sure to check with your homeowners’ association before investing in one of these types of window tinting. These associations often have rules regarding what you can do to the outside of your home.

Does one of these types of window tinting appeal to you?

Window tinting protects you and your belongings, saves you money, and keeps your home more comfortable. If you’re ready to experience these benefits for yourself, contact us today.