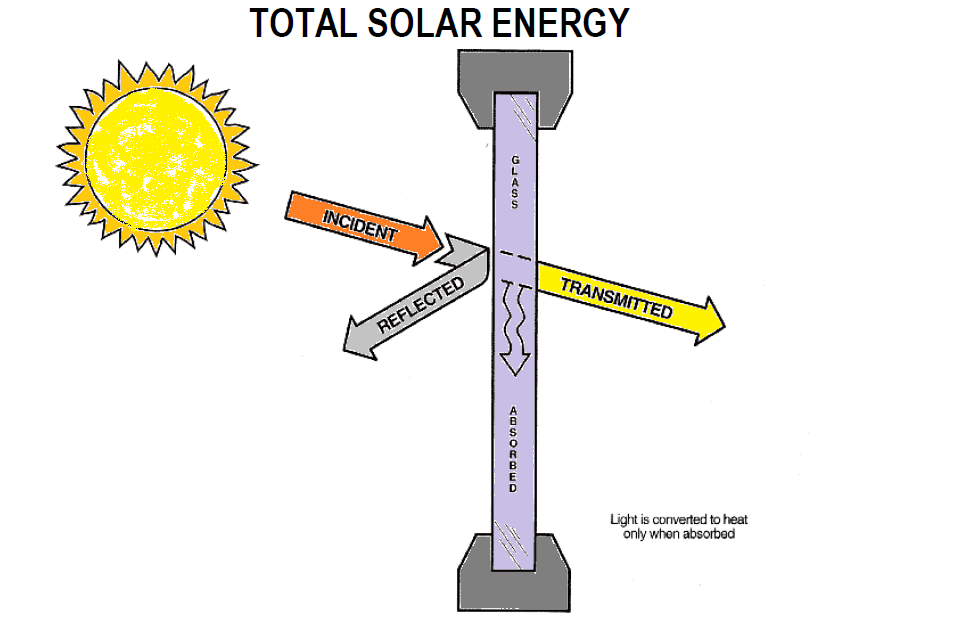 Window film and tinting can do so much for your home. It can increase your home’s value, protect your home from harmful rays and can keep those outside from seeing in. While there are many reasons to have residential window tinting and film installed, to derive the most benefit and to help get the right tinting for your home, it is necessary to understand some of the basic terminology. By understanding the basics terms, it is easier for your to engage with your tinting professional to select the best options available for your individual residence. Below are some basic terms as recommended by the tint industry and the International Window Film Association

Total Solar Reflectance This represents the amount of energy that is reflected by the film. This number should be high compared to the other numbers as this means there is less energy being transferred into the home.

Total Solar Transmittance Another important numbers as this represents the amount of energy that will be transferred by the film. As with Absorbance, this number should be low. Visible Light Transmittance: This is the amount of light, in the visible spectrum that will pass through the film. It is important to remember, that the lower the number, the more light is reduced by passing through the film.

While it is true there are other terms and terminology in use by the window film industry, these are the most important as it applies to the consumer and how to choose the right window film for your home. Additionally, some films also have a UV rating that cover the amount of UV radiation allowed to pass or be absorbed by the film. Ultra Violet radiation represents heat in most cases and is reflected in the terms listed above. These terms will allow you to discuss with your window tinting professional, the desired effect you wish to achieve for your home.