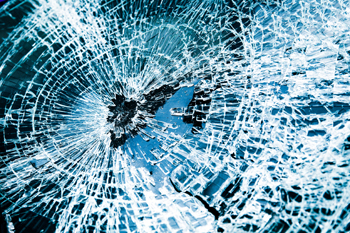 What is Window Film?

Well, there’s a clue in the name – window film of any sort of a thin film which is applied to windows for a variety of purposes. There are quite a number of materials that can be used to make or affect the functioning of window film, but primarily the film is made of metals. Older films tended to use dyes to achieve their effects, but modern technology has created films that don’t need dyes. In addition, although scratches are still possible, modern films are quite a bit more robust than older ones so those problems are much less common. Modern metalized window films can be tinted or clear and can be designed to perform all kinds of roles for both the home and the business.

First and foremost for many customers is the ability of a particular type of film, called spectrally selective films, to let in visible light whilst blocking almost all UV rays and the majority of the heat that comes through the window. This has huge benefits. First of all, UV rays are themselves harmful so blocking them is good for your skin especially. Second, by reducing the amount of heat that gets into a building, the requirements for your cooling systems are reduced. Over the long term, this can save you a considerable amount of money on power bills. Third, reducing UV significantly reduces the problems of fading caused by sunlight, so clear window film can keep your furniture and art safe without compromising the lighting.

Window films have been designed for other purposes as well. One popular version of clear window film is one that is intended as an anti-graffiti measure. Specially designed films make it very easy to wash off graffiti that is sprayed onto them, meaning the damage done by this form of vandalism can be cleaned away with the minimum of trouble. Even in those uncommon occasions where graffiti cannot be cleaned from the film, it’s far easier and cheaper to remove and replace window film than the window itself.

Finally, another important application of clear window film is in providing safety and security. Safety film adheres to the window in such a fashion that, if the window is shattered, the shards will remain in place on the film rather than scattering across the floor. This is easier to clean and replaced as well as much safer, and the effect of striking a window only to find it doesn’t yield will deter many prospective intruders, and the toughness granted by safety film will make your windows able to withstand even repeated violent strikes.

Overall, as you can see, clear window film (along with tinted films) have a wide variety of applications that can enhance your comfort and health while keeping your home or business safer, all at a price much better than replacing your windows entirely.