Caring For Your Window Film To Extend Its Life 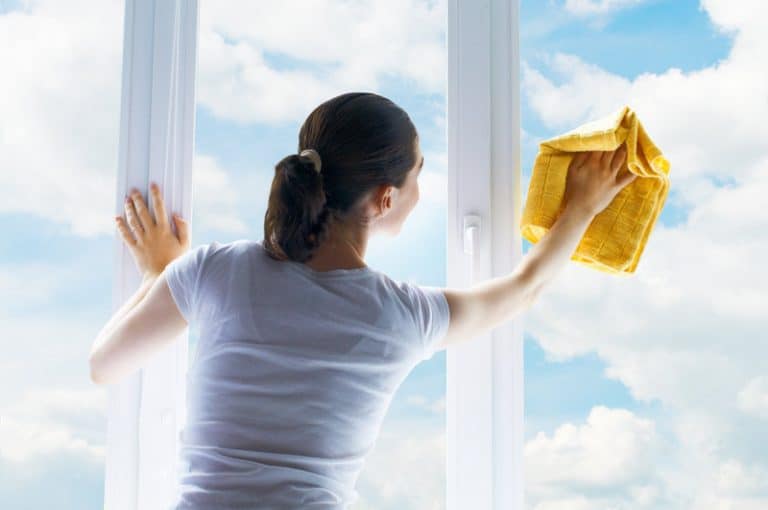 Did you know that properly caring for your window film can extend its lifespan and save you money?

To keep your tinted windows functioning and looking good, you need to know the proper techniques to care for them. After installation is over, there’s a lot you can do to keep your window film looking good as new.

In this guide, we’ll show you everything you need to know about caring for your window film. Keep reading to learn how to DIY tinted window care!

What Is Window Film?

This thin, laminate film can be attached to the exterior or interior of your windows at home or in your office. These films are usually made of a polyester-based material that has the right amount of tensile strength and clarity.

There are a number of different types of window films you can install for different purposes. You can choose the color, thickness, grade, and shade that suits you best. These films can reduce glare and heat, add a layer of thermal insulation, and filter out harmful UV rays.

They’re also useful for adding privacy and security to your home, by making it harder for people to see in. If you live in an area that’s prone to graffiti, window films can even deter vandals from targeting your home.

This polyester film is usually self-adhesive, so it’s easy to adhere to glass windows, doors, or any other surfaces that need it. Windows aren’t premade with film – this is a retrofitted option that can be added to upgrade your home.

When the sun hits your window, there are actually three different things happening. First, visible light enters the room, which can add unwanted brightness. At the same time, infrared light manifests itself as heat, which can make a room uncomfortably warm in the summer. One of the most popular reasons to install and care for window film is to reduce energy costs since you won’t need to run the air conditioning as often to keep your home cool.

Finally, invisible ultraviolet rays penetrate the room. We can’t see this solar radiation, but it can contribute to serious problems like skin cancer, as well as speed up the visible signs of aging.

However, when you have window film installed, the film becomes a sort of “sunscreen” for your home that keeps those harmful rays out. Depending on the kind of film you choose, you can also get more intense heat- and light-blocking capabilities.

What Window Film Does To Glass

Glass windows exist to provide a barrier between your home and the elements, such as weather, debris, and more, while allowing natural light in.

When sunlight or solar energy hits an untinted glass window, as much as 90 percent of its energy gets through the glass. That includes light, heat, and UV rays.

However, once your windows have film added, almost 80 percent of that energy can be blocked out. The metals, dyes, or nanotech in the film can absorb or reflect the solar energy to keep it out of your home.

If you aren’t properly caring for your window film, it can become less effective over time. That’s why it’s so important to learn how to maintain your treated windows. Let’s take a look at the steps you need to take to keep your windows doing their jobs.

Caring For Your Window Film

After installation is complete, the process of taking care of your newly treated windows begins. Here are the things you’ll need to do at every step.

Allow Film To Dry Out

Once it’s installed, your window film needs time to dry out completely. During this time, you should avoid interfering with it as much as possible.

During installation, the installer will take off as much of the mounting solution they used as possible, but a little bit will always be left behind. This moisture left over from installation gets trapped and can create little moisture bubbles or give the window a cloudy appearance.

Both of these things are normal, and there’s nothing you need to do but wait. Don’t try to poke one of the water bubbles to get the moisture to drain out – this is unnecessary and will damage the film. If you damage the film when trying to get rid of moisture, the film’s warranty won’t cover any repairs.

Over time, the cloudy appearance and bubbles will go away on their own.

Certain climate conditions can make the film’s dry-out time take longer. For example, if it’s cold and the sun’s not out, your film won’t dry as fast. However, direct sunlight and warm temperatures will make the film dry faster.

If it’s drying slowly, don’t worry. Eventually, the moisture will go away on its own. Thick films also dry more slowly than thin ones. Your film might dry in just a few days, or it can take as much as six months. Usually, you can expect a dry time of about a month on average.

After the film is completely dry or “cured,” you can safely clean it.

Cleaning is an important part of caring for your window film. To clean the treated windows, use water mixed with a little bit of soap. Clean the surface, then use a squeegee to dry it with strokes that overlap, just like you’d clean your car windows.

The film can also be cleaned using any ordinary glass cleaner. Avoid abrasive or harsh cleaners that might damage the film.

There are countless good reasons to invest in window film. It keeps out unwanted heat and light, protects your home from theft, and protects you from damaging UV rays. Tinted windows can last for a long time if you are cautious about caring for your window film.

Trying to decide what kind of window film is best for you? Check out our guide to the types of window tinting.