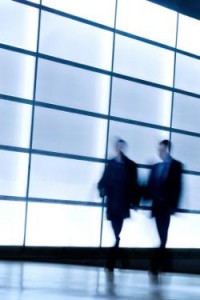 American Standard Window Film (ASWF) is a division of Erickson International, LLC, and currently makes a variety of window film products for homes, cars, and commercial applications at its production facility in Las Vegas, Nevada. The company is one of the new kids on the window tinting block, having opened its production facility in September 2009.

American Standard Window Film prides itself on its green efforts at its factory, which is energy saving and produces very little landfill waste. The company also boasts a process for the application of coating on its window films for less chances of product faults and quicker production times, as well as strict testing of all its products.

ASWF offers a large variety of different types of home window film – that can also be used in commercial buildings – to meet a variety of needs. All of American Standard Window Film’s architectural window wrappings feature long-lasting coatings immune to scratching, come in a range of sizes, and block out 99% of the sun’s rays.

The Solar range of products are all about different ways of letting in or keeping out light, everything from a home window film that is completely natural to one that imparts a one-way mirror type of reflection. For example, the Nature film is all about being invisible, so it is non-tinted and tries to keep as natural a view as possible while still providing reduction in glare and UV rays. Daydream was intended for use in homes to help stop the interior heat of the home from raising due to the sun’s rays. Illusion is reflective and offers privacy by giving the window a one-way mirror type finish, while Horizon offers heat protection and gives the windows a subtle bronze tint.

The company also offers two types of protective films. Safety not only helps protect the building’s interior from damaging UV rays, but helps keep windows from shattering by adding structural integrity to the glass. And Anti-Graffiti does what it sounds like – helps to combat graffiti artists and vandalism.

And if you’re looking for added privacy and to give your windows a decorative touch, ASWF offers a line of decorative home window film as well, utilizing either the colors white or black to offer extra privacy when applied to windows. Also in this category is the company’s UV Clear Film, which offers a great deal of UV protection without changing the appearance of the window it is applied to.

Interested in really getting to know ASWF and their products? The company offers free tours of its production facility to its customers. For schedule a tour, download spec sheets and warranty information on the company’s various products, or for more general information on American Standard Window Film, visit www.aswf.com.